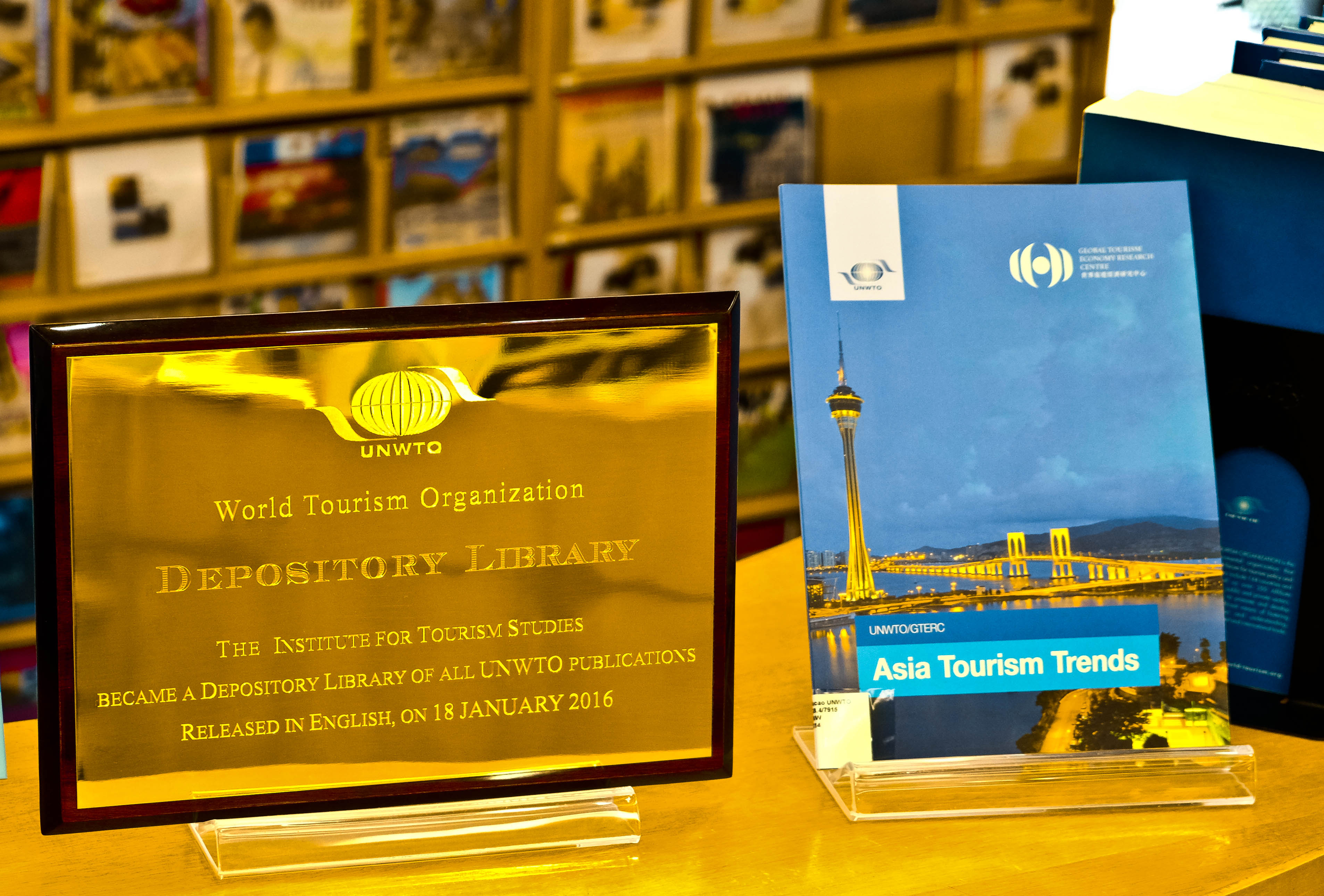 In January 2016, IFTM library (former IFT Multimedia Library) has become the first World Tourism Organization (UNWTO) Depository Library in Macao. Launched by UNWTO in 2003, the Depository Library programme aims to foster the access to the research analysis and reports which are published by UNWTO with public audience. Till now, there are approximately 60 libraries in 30 countries and regions having joined the programme and been included as the depository libraries, and IFTM Library has recently become the first one in Hong Kong and Macao. From 2016 onwards, IFTM Library will receive UNWTO’s all English official publications and make them accessible to the public, in order to provide more abundant and complete tourism related information and to support research in tourism related areas for Macao and neighbouring regions. IFTM Library also provide UNWTO e-Library for users to access the e-resources from UNWTO.

In addition to IFTM’s faculty and students, IFTM Library also welcomes those of other higher education institutions to borrow books and publications with the Macau Academic Library Alliance Card. Practitioner of Tourism and Hotel Industry are eligible to apply for an Industry Library Membership to borrow resources from the Library while scholars and researchers are also welcome to use the resources on site through application.

Established in 1995, the Macao Institute for Tourism Studies (IFTM) offers the most extensive selection of tourism and hospitality related bachelor degree programmes in Macao, and about twenty thousand participants attend its vocational and professional training courses annually. IFTM collaborates with 97 universities and tourism organisations around the world, and builds strong links with 500 leading tourism and hospitality corporations to offer internship opportunities to its students. Being the first institution accredited by the UNWTO.TedQual Certification System for tourism education, IFTM has the most bachelor degree programmes certified under the System of any tertiary education establishment worldwide. IFTM has received the Medal of Merit in Tourism from the Macao SAR Government, and won twice the Gold Award in ‘Education and Training’ from the Pacific Asia Travel Association (PATA).